In literary terms, foreshadowing is the equivalent of indicating.

Maybe it’s not life-saving, but it is a useful device. You’re telling your reader – without telling them – what’s coming. So it’s a bit more subtle than “Hey, I’m turning left now.” You’re hinting. You’re insinuating. You’re planting a thought. “Hey, maybe I’ll merge. Sometime soon. You might see it coming, you might not.”

So, how to do it well? How to do it poorly? It all depends on which method of foreshadowing you’re using.

END_OF_DOCUMENT_TOKEN_TO_BE_REPLACED

Every act of creating is an act of worship because it is an echo of what our great creator did in making us.

This month I’ve had one migraine after another – sigh! For me that’s just the result of stress and being too busy to find true rest. One of the more painful results of that is that I’ve been unable to stay in the room when we’re worshipping together at church or the awesome camps I lead on (SU’s Ubertweak, and Gateway Youth Camp)… because the music makes me feel like a hippo’s jaws are squeezing down on my head.

On National Geographic’s TV show ‘Dangerous Encounters with Brady Barr’, Dr Brady measured the bite force of an adult female hippo at 8,100 newtons (enough to crush a crocodile), but they had to give up trying to measure the male’s bite pressure because it was so aggressive.
Image source: Animals Time

I’ve found this time of personal silence challenging, but it’s also brought me back to an old truth – that there are so many more ways to worship God than just singing songs. The method of worship that I’ve found most powerful during this time is creating: every time I create, or write, or paint, or sew, I’m worshipping.

Me painting in 2011 during my ‘A Year on Canvas’ project.

A couple of years ago I ran an activity at Youth called 1:1. The name was a reference to the beginning of the Hebrew poem that tells the creation story in Genesis 1:1: “In the beginning God created the heavens and the earth.” Over the course of the night, our 150 kids painted canvasses, journalled, made encouragement cards for each other, and made and flew paper airplanes. We revelled in the act of reflecting what God did in creating us.

One of my Youth girls’ talented artist mothers, Tess Geizer, made this cross for me for my birthday. I’ve worn it every Friday night since then for leading at Youth.

Soul Survivor church in Watford, England, experienced revival in the late 1990s when they did something similar. They cut back their music team from the now-typical rock concert style to the congregation singing with only their voices. Why would they do that when they were already one of the leading worship music creators worldwide?

END_OF_DOCUMENT_TOKEN_TO_BE_REPLACED

January has been quite busy so far! I’m back into full-time work in Marketing at UQP and loving it. This is coming to you live from my delicious lunch break. Mmmmm lunch yum…

My best friend Nikki and I looked at a lot of ideas for book-themed parties when we were planning my hens’ literary high tea. One of our favourite things to do together is plan themed parties. Pirates of the Caribbean, Doctor Who, Harry Potter, Merlin – the list goes on… Thought you might enjoy seeing some of the bookwormily awesome ideas we found for your next party! 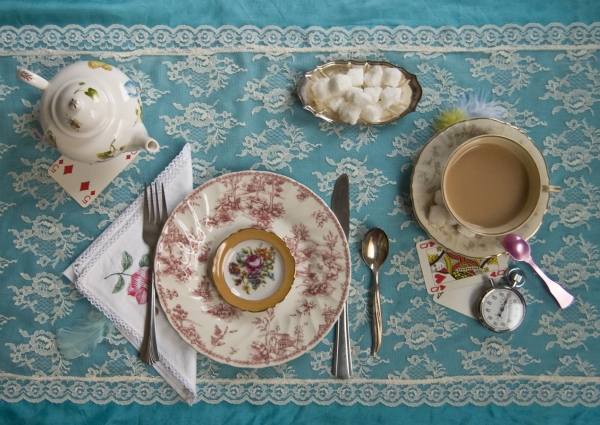 ‘Alice’ theme from from What Sofibi Saw blog 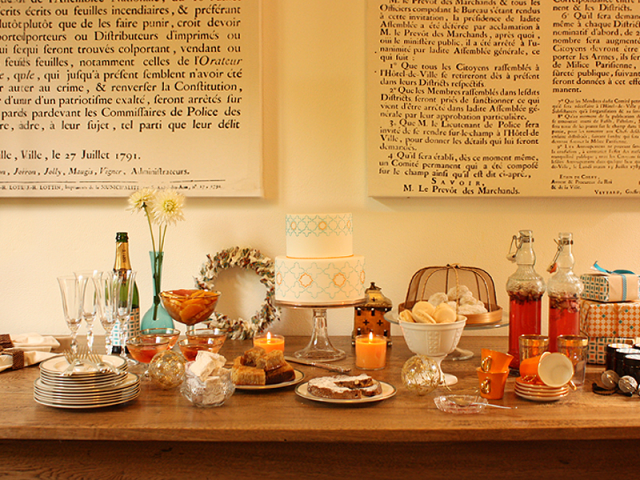 Courtesy of Style Me Pretty

END_OF_DOCUMENT_TOKEN_TO_BE_REPLACED

My first post for 2015 is bike-themed, because Tim and I went for a bike ride this morning to kick off the new year. No need to peddle old ideas when you can pedal into the future!

There are always endless possibilities for New Year’s Resolutions. Finish your novel. Lose weight. Find The One. Change jobs. Get to Mordor and drop the ring in Mount Doom. The usual.

As Dave Beck, NaNoWriMo Technical Director, puts it: “In the end, isn’t everything—from relationships to careers to geopolitics—about the narratives we choose? The narratives we write?”

So here’s what my resolutions are all about:

Write a good story with your life. A true hero need only be a person who sets goals and overcomes conflict to achieve them.
(paraphrasing Donald Miller in A Million Miles in a Thousand Years)

Last year I wrote my story as well as I could. I had goals, and I overcame obstacles to achieve them. After the usual stresses of preparation, I married the right man for me and enjoyed decorated our new home with the artworks I made with my own hands. I left a job I didn’t enjoy and worked hard at building my editing business so I could continue to do the editing work that I love. I made time to do some of the adventures I enjoy like bushwalking and beach trips, both with friends and by myself for much-needed and much-appreciated “God dates”. Halfway through the year life got really difficult for a time as I found I had some severe struggles to work through, so I asked for help when I needed it and I trusted God to get me through. I began submitting one novel to publishers, entered as many short story competitions as I could, and completed NaNoWriMo again. And I showered as much love as I could on the people I care about.

So here are the few things that I felt went into writing a good story with my life in 2014, and what I’ll be trying to seek out again in 2015.

Me and Tim holding hands at the altar.
Image source: Sarah Killey Photography