I began writing as soon as I could hold a pen. At four, I produced my first book, The Adventures of Freddy the Fish, which was well received by my parents.

I got a law degree but decided I’d rather be a writer and editor than a lawyer. Thankfully, I also got a degree in writing…

Since my early scribblings, I’ve received many awards for my writing, including the Quest Young Star Award for Arts 2005 and High Distinction in Australia’s national English and Creative Writing competitions. I was Facilitator and Secretary of the Dugong Writers’ Critique Group in Brisbane until 2010.

In my spare time, I enjoy being a mum, youth group leader, studying languages and travelling (when allowed), taekwondo, and painting. After a decade of being a youth leader, I love imagining stories that our young people might enjoy.

You can find me vlogging on YouTube, blogging about everything, working as a corporate copywriter, and generally trying to survive #mumlife.

As I currently work full-time and have a young child, I’m not taking on new freelance editing clients right now. However, if you believe you have an outstanding children’s, YA, or crossover/new adult novel, please feel free to get in touch for a manuscript assessment, advice, or recommendations for an editor.

Follow me for writing tips, or buy my books! 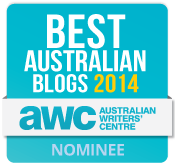 My all-time favourite books by genre

2 thoughts on “About Us”