Last year I did a subject that asked us as creators to answer two questions: “Why do we create?” and “How do we create?”   You have to love Creative Industries assessments.

Mocking aside, however, these two questions are vital to understand if you intend to be creative successfully, or be creative for a living… or both.

The reflective waffle which was our first assessment piece answered the first question, and I’ll post that shortly.   Literally.   The short answer after much research and navel-gazing amounts, almost universally, to: “We create because it’s fun.”   Bronowski says that humans do not choose to create unless they enjoy the process (1985, p 245).

However, the second question led into hours of delightful research, culminating in a research essay.   My task was to argue that, although there are differences between the disciplines of art, design, and media, these differences do not affect the fundamental process of creativity, and that this creates links between these disciplines.

What follows is my summary of the parts of my research related to one part of the traditional creative process: the incubation stage.   The full text of the research essay is available on my Full text research essays page.

Introductory theories about the creative process:

Variations that other researchers have added to the four-stage process haven’t added much. Some models argue against a homogenous creative process by classifying creativity according to our motivation.   A creative work may be:

I argue that a difference in motivation really only affects the verification stage: that is, it changes the end product, but not the creative process used to get there.   In classical figurative painting, the final product confirms the original mental image, while in abstract expressionism, the final product can be something quite different to what was expected (Guillemin, 2010, 61).   So the end products are different.   However, even Picasso, an improvisational artist, performed a large number of preparatory sketches and smaller paintings before beginning “Guernica” (PBS Org, 1999).

Evidence that incubation is vital in the four-stage process:

Incubation of a project is like brewing coffee in a percolator.   Things are still bubbling away, drifting down into the mix, but you’re not actively plunging the coffee or stirring the stick or however you want to continue the metaphor.   Mmm coffee…

‘Is your ideation like percolating coffee?’
Image source: Inspired by Emma

Incubation has been empirically proven to aid in creative production and problem-solving creativity.   In problem-solving, participants who are given a “break” between starting and finishing a task come up with more novel solutions, or more effective solutions (Sio and Rudowicz, 2007, 307).   Creativity is actually helped by interruptions (Sio and Rudowicz, 2007, 308) or even periods of deliberate avoidance (Olton and Johnson, 1976, 617; Cai et al, 2009, 10131).

There’s more empirical evidence that incubation is helpful in problem-solving studies than in linguistic (writing) studies (Sio et al, 2009, 94); however, anecdotal evidence from authors suggests that incubation is a vital part of the writing process.   Many writers – myself included – utilise incubation as a deliberate strategy in their personal creative process (Csikszentmihalyi, 1996, 58).   Brad Leithauser says the key for him is to have many pots percolating at once, so that when you get bored with one project, you can switch to another, and then on to another (Shekerjian, 1991, 196).   Then you can return to the first, with a fresh heart and new insight.   Let’s face it, no one cranks out a 100,000-word epic in one day.

My essay examined three different examples of directors within the media industry: Federico Fellini (produced films between 1940s – 1990s); Tim Burton (Alice in Wonderland; The Corpse Bride); and Jennifer Yuh Nelson (Kung Fu Panda 2).   Although these directors came from different genres, personal backgrounds, and work ethics, each of them evidenced the incubation stage as being key to their creative process.

Fellini stated that for him, inspiration was always dependent on incubation periods, in order to make direct contact between the unconscious and rational mind (Stubbs, 2002, 120).   He worked on multiple projects at once, so that while he was focussed on one idea, he was constantly aware of ideas coming that related to other projects.   Fellini is often quoted as saying that many of his best ideas came to him while he was dreaming or daydreaming.

Tim Burton said of his own process (Gagnon et al, 2011, 55), “I don’t sit down and try to draw a character. I attempt to reserve some time each day for myself to sit and do nothing – stare off into space or doodle or whatever – just be in my own head.”   Not only does he personally value this part of his process, but he has found that moments of illumination will sometimes come as a direct result. 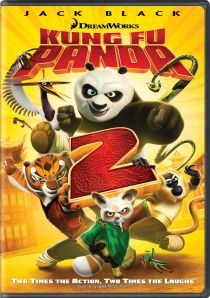 Jennifer Yuh Nelson, famous for her story direction in Kung Fu Panda and directing Kung Fu Panda 2, speaks of the creation of an animated film as “a marathon” (Gagnon et al, 2011, 51), during which significant delays are expected as inherent in the process of production (Katzenberg, 2011).   Kung Fu Panda 2 was a three-year process, from brainstorming and character development through to animation production and final polishing.   This meant that there were inevitable periods where as director, Nelson was focussing on managing her teams of people (at times, 300 to 400 people) rather than on creating anything herself.   This is an example of incubation experienced as an unwilling blockage (Csikszentmihalyi, 1996, 74; Isaksen, 1997, 38).

As for me personally, I have found incubation to be key to finishing any novel.   Most things I write don’t come out perfectly the first time I write them.   I have boxes filled with first drafts that one day I’ll come back and rewrite.   Just now, my desk is covered in a first and a second draft that I’m currently combining into an actual novel.   Perhaps I’ll work on it… tomorrow.

This post was written by TJ Withers-Ryan © 2012. Reblogging is highly encouraged as long as you credit me as the author.

5 thoughts on “Incubation: Creativity never sleeps… or does it?”