A sunset I captured with my camera in Sydney.

I saw the most awesome documentary last week about healers all over the world. Within 2 minutes, I had tears leaking out because of what a good story a healing makes. Before, broken and hurting and helpless to do anything about it; afterwards, healed and whole and grateful to God. The best part is that the story is true.

This post – and my free ebook you can download below – is for the life writers of true stories who want some “back to basics” reminders for how to get your story on paper. Whether you’re writing memoir, autobiography, or biography, a few simple principles hold true. And most of them are fairly easy to spot in your own writing, so you can save a lot of time by referring back to these principles as you write.

Memoirs and biographies need to feel real for the reader. They need real drama.

Yes, it’s your story, but it’s still a story. Your story – or the story of the person whose life you’re chronicling – has already captured your attention and imagination and heart. It needs to be written in a way that also captures the reader’s attention and their heart.

Here’s my 8 basic tips – one for every day of the week, plus an extra.

END_OF_DOCUMENT_TOKEN_TO_BE_REPLACED 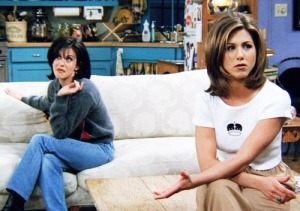 This post offers a broad overview of defamation law but is not intended to be read as legal advice. This is a complex legal issue that should not be taken lightly. If you have concerns about your own writing with regards to libel liability, you should seek independent legal advice.

I’ve had authors who were worried about writing about the people in their family. Memoirs are always a bit tricky like that. It’s your story, but it’s also the story of how your life was affected by them.

It’s more complicated than just which details to include and which to leave out. It becomes a question of, do you even want to represent them as themselves, or would you rather change their name, age, occupation, everything, in fact, apart from what they did for you or how they impacted on your life?

It doesn’t have to be for negative reasons. Some people really don’t want the credit. One of the writers I knew in uni wrote their own stories as novels because they didn’t want their subject to be embarrassed by how the writer looked up to them as their role model, their hero.

At the Brisbane Writers Festival, I heard a great talk by Sian Prior about her memoir, ‘Shy’, which chronicles her struggles with social anxiety. She wrote about living in the shadow of an ex of hers who was very famous. In her case, she said she didn’t need to check with him before writing about him. They had already parted ways, but more importantly, he had already written about their relationship in his own book! He’d already set the rules by not asking her before he wrote about her.

Her approach, knowing that she would uncover things about their relationship that people didn’t know, was to be rigorous about being honest. By contrast, she did check with her family about her portrayal of each of them, and they were all surprised but happy with her including them in her story.