Ever wondered what type of music will help you to focus when writing in different genres? Here’s what’s worked for me in the genres in which I’ve written or edited.

Okay, NaNoWriMo is nearly over, with only five days until the end is declared. So if you’re nearly there, here’s some final inspiration, to give you the last push you need to get that baby out (what a gross analogy, seriously). And if you’re boycotting NNWM and you’re kind of sick of hearing about it, soon we’ll be back to awesome posts that are not all about how to write a novel in the shortest possible timeframe.

Why does music help you write?

Studies have consistently shown that classical, Baroque era music can help students study things they’ve already learnt once, and can help workers to concentrate better during long or repetitive tasks. For those in a busy study or work environment, music has also been proven effective for blocking out distracting background noise. If you’re writing, editing, or creating art, music can help you stay focused and be more creative and open to new ideas.

By contrast, if you’re trying to learn new information that requires your full attention, music can distract you from what you’re reading. So if you’re doing research about historical methods of leather tanning for a new book, you might want to turn the stereo off and focus on the history.

Listening to lyrics can be distracting from writing, so most of the music I’ve featured in this post is purely instrumental. This is because lyrics are words and you’re already trying to think about other words when you’re writing. (People in other disciplines like maths, science or IT have no trouble with listening to lyrics while they work – in fact it helps, since their domain is largely numbers and code (Lesuik, 2005).)

So what can you use to inspire you when writing in different genres? Read on to find out!

Legal disclaimer regarding copyright of music mentioned in this post: For copyright works like soundtracks to movies and albums, don’t be cheap – buy the albums you think you’ll like. However, for poor students like I used to be, I have made sure that the copyright works I’ve listed are all available as playlists on YouTube for easy listening access. For all the other YouTube links I’ve listed, I’ve done my best to ensure that they are legit – they’re the official ones from either the artist themselves or from the DJ creator of that particular mix.

Romance – anything sultry (see ‘Drama’ below for dramatic moments):

Action – anything with a hard, fast beat:

Fantasy – depends on which scene you’re writing, but anything mysterious will do: 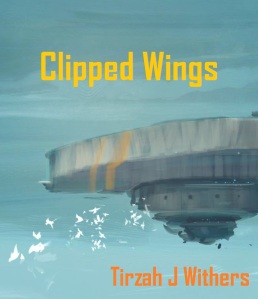 The terrible self-made cover to my 2013 NaNoWriMo novel, ‘Clipped Wings’
Image source: The original image without editing was one I found on Pinterest, created by 3D digital animator Alexander Bàez. 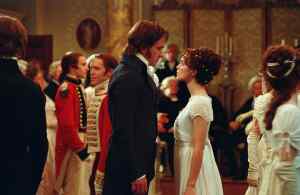 Christian novels or anything with a “God theme” – Christian worship music:

Dialogue Scenes – something relaxing or classical:

Writing dialogue scenes really requires instrumental music so that there are no words to distract you. The ups and downs of the music tie in perfectly to the “up and down” of how power shifts between speakers in conversations.

I’m curious – what’s your favourite music for writing to? Is it different to the music you listen to when you’re reading?

This post was written by TJ Withers-Ryan © 2014. Reblogging is always highly encouraged as long as you credit me as the author.

2 thoughts on “Music to write by”