If you haven’t worked it out yet, I love children’s and YA books. So last week was a lot of fun, because the assorted Australian shortlists for the best children’s and YA books of the year came out, and I got to browse through endless pages of children’s books, daydreaming about which I would like to read, making my own shortlist from the shortlist, and then writing myself a monthly ‘book budget’ to make sure I didn’t buy the lot of them in one big splurge.

Below are the links to the various shortlists, longlists, and notable book lists, and then I’ve given you my ultimate shortlist of books – the books from the award shortlists that I look forward to devouring (eventually) like a happy little bookworm. 🙂 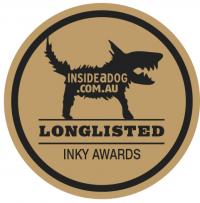 The 2015 TJWR Ultimate Teen and YA Book Award Shortlist:

Some commentary on the awards:

Why are there no Christian books or books with God themes in this year’s shortlists? Forgive me if I’m wrong – I haven’t read them all yet, so I don’t have the full information. But it makes you wonder.

Are Christian children’s books more poorly written, that they don’t make it into literary awards lists? Or is it that mainstream readers are mostly secular and don’t enjoy reading books with God themes? Or do the awards judges assume that on the readers’ behalf? Jesus said (paraphrased) that if we displayed our faith, other people who don’t believe would not understand it. We shouldn’t strive to make our books palatable to a secular audience at the expense of losing the faith present in our books. A post for another time – my favourite children’s and YA books with God themes – including some truly awesome writing.

Or – and this theory might be most likely – is it that all Christian books are published by independents and so don’t have the money to send the required number of books to the judging panel? (Some of these festival ask for a truly exorbitant number of review copies. You wouldn’t believe it if I told you!)

Just a side note, something I’m wondering about. If you have any illuminating thoughts on the topic, please share in the comments!

And hope you enjoy the books!

This post was written by TJ Withers-Ryan, (C) 2015. Reblogging is highly encouraged, as long as you credit me as the author. Thank you!